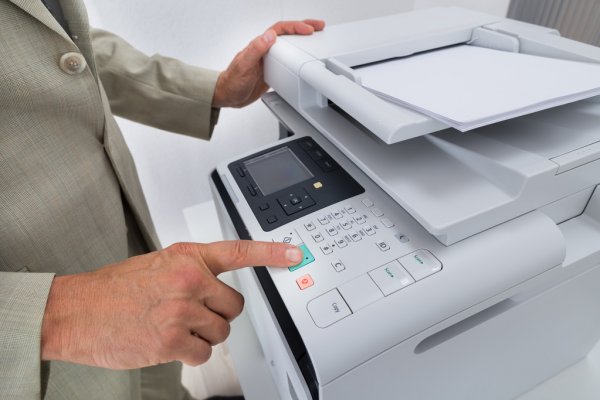 You’ve probably used a photocopier before, marvelled at its ability to scan an exact copy of what you need or, cursed at the thing when it doesn’t do what you want it to do. Although digitalization is becoming more common, paper documents are still required for many businesses as is the photocopier, so here’s a few amazing facts for you to think about next time you use the thing;

Photocopiers that include a laser type printer, believe it or not, use more energy than a computer in order to run. They require a much higher amount of electricity, delivered to the individual components in ‘volts’, the total power draw can be more than your average PC which can use anything between 200-400 Watts of electricity at peak load. Quite amazing really when you think of how much a PC has to process and do.

Copiers use toner, not ink

You may have heard someone before, say ahh it’s out of toner as they tinker with the photocopier, most people would quite rightly think that they use ink however, they don’t. They use something called a toner which is a mixture of plastic granules, rust, pigment, and wax. The ingredients of the ‘toner’ are applied by photocopiers to the paper using a heat ‘sealing’ process. Ink on the other hand is applied via ink jets in the printer and, can, sometimes still be wet to touch when it comes out.

Around half of all IT help desk calls are copy/printer related.

If you work in an office, you’ll absolutely get this, and, likely been there yourself or watched as other lose their rag with the copier/printer. Anywhere between 40-60 percent of all IT service desk calls are from people in despair because they can’t get the machine to work. The funny thing is, it’s usually something really simple and, something that they’ve called about numerous times before.

Arthritis helped to create the photocopier

There was a guy called Chester Carlson, he was a well-educated man working as a physicist, an inventor, and a patent attorney. He invented the first form of photocopier around 1940, after he was inspired to create a method of replicating large numbers of documents because he suffered with arthritis. It would make sense that the idea came from pure boredom of having to recreate the same documents over and over again but, apparently not.